Because They Try To Bore Holes

Pamela Rosenkranz’s paintings and sculptures take aim at the empty centers of history, politics, and contemporary culture as a whole. They address the shifting philosophical and scientific meanings of the ‘natural’ and the ‘human’ during the Anthropocene (the geological epoch marked by the impact of human activities on the ecosystem). Rosenkranz deploys a palette of patented icons—polyethylene water bottles, soft drinks, Ralph Lauren latex paint, Viagra, Ilford photo paper, and ASICS sneakers—and augments them with flesh-toned silicone and acrylic paint. Her insistence on the ‘naturalness’ of these seemingly unnatural materials is premised on the fact that they were all produced by human activity.

Rosenkranz’s newest Healers, are informed by her research into recent advancements in biorobotics, and, in particular, snakebots. While mimicking a ‘natural’ snake’s appearance and behavior, these snakebots are used to perform complex tasks that augment human capabilities. The Healers in turn connect this technological adaptation to the far-reaching symbolism that the serpent embodies, from the world’s first writings from the Fertile Crescent, to the “Ouroboros” and the representation of both the beginning and the end of time in ancient Egypt, and the snake’s association with healing and medicine via the “Rod of Asclepius” in Greek mythology.

For the Sharjah Biennial 14: Leaving the Echo Chamber, Rosenkranz developed Healer (Sands), a robotic snake that lived in the sun-drenched courtyard of Sharjah’s Bait Al Serkal. With Healer (Waters), subsequently presented at the 2019 Okayama Art Summit: If the Snake, where the snake took up residence in a former Japanese sumo ring, Rosenkranz developed a new technologically fabricated snakeskin with shining scales that incorporated transparency and reflection through the layering of polymers. Set in motion by its sidewinding robot body, the skin acts like the surface of a dune, or that of a body of water, scattering rays of light and altering its appearance through its algorithmically programmed movements, activating the adaptive and manifold symbolic meanings of the serpent through its technical incorporation. In so doing, she raises questions about the natural and the real during an epoch that has seen the transformation of innumerable achievements of nature into mechanical copies.

Beginning with her 2017 exhibition at GAMeC in Bergamo, Italy, and continuing with her 2019 exhibition at the Fraumünster-Kreuzgang in Zürich, Switzerland, Rosenkranz has activated the spiritual history of the spaces in which she has shown, creating site-specific installations with her series of Alien Blue Windows based on RGB Blue. While some of her previous works explored the physical, biological and cultural dimension of the color blue, linking the hue of the primordial ocean (which had shaped the evolution of our perception) to the skies that dominate our religious imagery, this new series intensifies the sheer infinity of associations that the color generates. Consisting of backlit imageless screens whose forms correspond to those of the original windows in each space, the works produce an immersive environment that simultaneously invoke the artificiality of blue, which permeates our screens and washes over the Internet, in turn generating a spiritual and sensual experience that transcends the physical qualities of the color.

Evoking her series of “Viagra” paintings, the works that compromise Rosenkranz’s Anemine series take their active agent from a substance based on some of the ancient and abundant natural properties found in the Amazon. The molecular structure of chlorocruorin (green blood), which comes from annelids found in the rainforest, was synthesized and turned into a lacteal green distillate which the artist claims to have ingested, producing paintings while under its allegedly perception enhancing influence. Further simulating the substance’s intensifying effects, Rosenkranz designed light installations comprised of pure RGB green and blue LEDs that project into the exhibition space in which they are shown, bathing the paintings, packages ordered from Amazon, or large mountains of sand impregnated with the scent of synthetic cat pheromones (which themselves have their own subconscious influence on one’s corporeal sense of attraction or repulsion), overwhelming the visual register and dramatically altering one’s sense of color.

For Our Product (Venice Biennale, 2015) Rosenkranz fills the architectural container of the Swiss Pavilion with a specially synthesized scent and an animated pool of skin-toned viscous fluid. This ‘product’ is imbued with chemical compounds both actual and fictitious—Neotene, Selentis, Holeana—that ambiguously invoke the list of ingredients on health drinks as much as the chemical components of their plastic containers. The pavilion melts down and aggregates personal, cultural, and national identifications in an attempt to reach the core illusion of identity as such.

To create her ongoing Sexual Power (Viagra Paintings) series, the artist sheathed the studio in transparent plastic, ingested the eponymous performance-enhancing drug, and painted a series of human-scale aluminum plates with flesh-toned pigment on site. When originally exhibited in 2014, the environment was further suffused by artificial light evocative of sunrise and sunset and synthetic cat pheromones (a common ingredient in commercial perfumes). Here, the artist’s chemically mediated anti-expressionist gestures contrast sharply with the mythology of heroism and immediacy associated with other postwar “action painters.” Rosenkranz’s world is one in which the artist must be reduced to the physical interactions of neurochemical processes.

The 2013 series Because they try to bore holes appropriates unauthorized reproductions of Yves Klein’s International Klein Blue (which he claimed had the capacity to cause viewers to transcend material concerns and induce a sensation of boundlessness) for opposite ends: the bubbles which populate Rosenkranz’s hand-mounted inkjet prints foreground immanence and material constraint. In contrast to Klein, she undermines the claim that art might transcend its immediate reality; here, the signification of apparent gesturality is reduced to its evolutionary and capitalist conditions of production.

The domestication and commodification of organically occurring entities under capitalism is evoked through the corporate slogans that populate Rosenkranz’s work: Fiji’s “Untouched by man;” Evian’s “The most important body of water is yours;” ASICS’s anima sana in corpore sano. Rosenkranz views bottles of water as small bodies of nature, marketed as a health and beauty product that cleanses the human body from the inside out. Eternal youth and the preservation of purity are branded and sold as beauty ideals. She short-circuits this conceit by filling the branded vessels with flesh-toned silicone, a material ordinarily used to smooth the appearance of skin on camera, as though a homogenized solution of one’s own body.

Rosenkranz’s has been selected for the third High Line Plinth commission, and her public sculpture Old Tree will debut in the spring of 2023.

Her work is held in the collections of the Centre Georges-Pompidou, Paris, Louisana Museum of Modern Art, Humlebæk, Denmark, Kunsthaus Glarus, Kunsthaus Zurich, the Migros Museum für Gegenwartskunst, the Museum of Modern Art, New York, the Aïshti Foundation, Beirut, the Adrastus Collection, Spain, and the Museum of Contemporary Art, Chicago, among others. In 2016, Rosenkranz was the first recipient of the Paul Boesch Art Prize. A monograph on her work, No Core, was published by JRP|Ringier in 2012, while the catalogue for Our Product was published by Koenig Books and the Fridericianum in 2017. Alien Culture, the catalogue for Rosenkranz’s recent exhibitions at GAMeC and the Kreuzgang Fraumünster, was published by Mousse in early 2021. 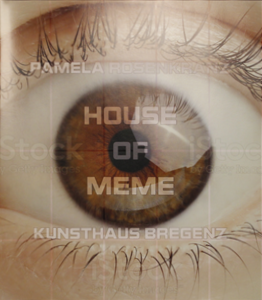 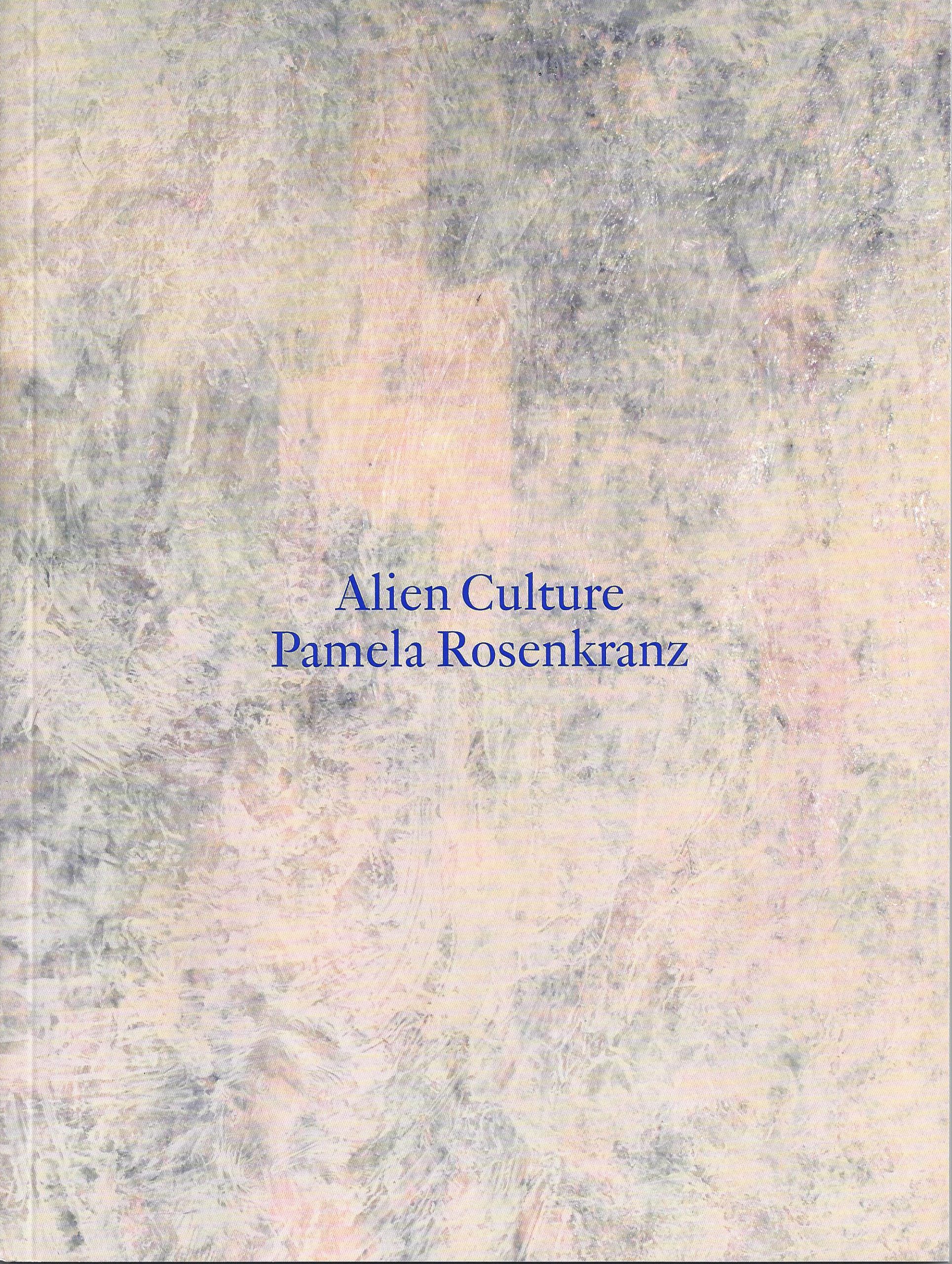 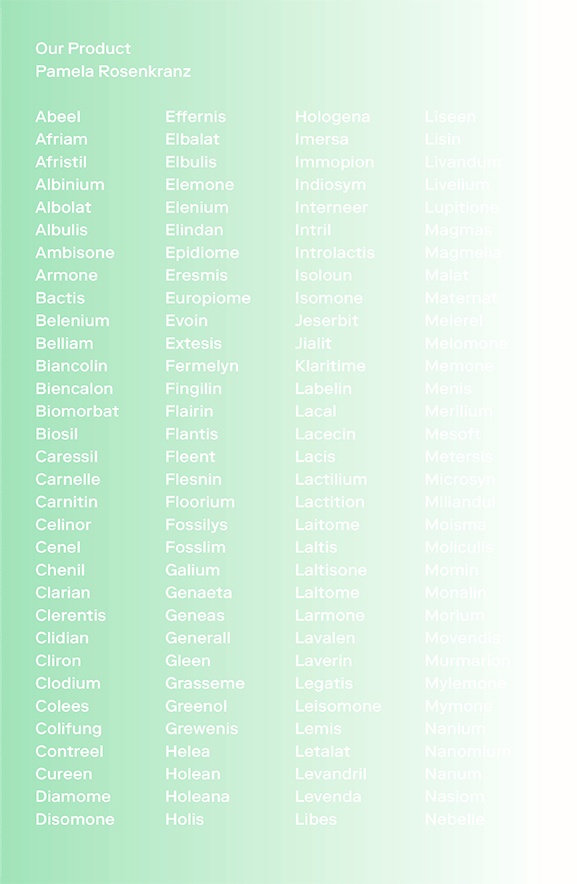 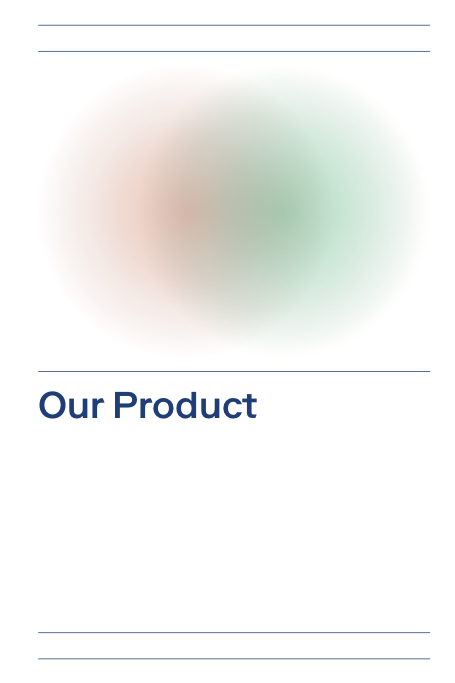 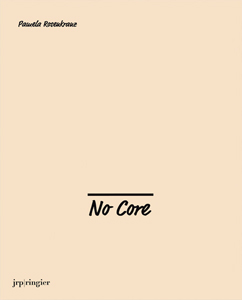 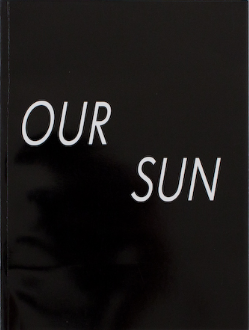