“I have to tell you, I learned filmmaking more from painters and musicians than from filmmakers,” director Béla Tarr has confessed. Reversing his cue, Raha Raissnia learned to paint from filmmakers and musicians rather than painters. Years spent at Anthology Film Archives left her well-versed in the cinematic avant-garde, and her projection performances often involve collaborations with experimental musicians Aki Onda and Charles Curtis. Above all, Raissnia’s work aspires to the temporal and experiential condition of music—suggestive, ambiguous, abstract.

Over the past decade, the artist’s paintings, drawings, and films have unfolded within a permutational, self-reflexive structure. In her earlier work, the artist presented dense, architectonic black and white drawings and paintings that appeared to echo a certain postwar European abstraction. Rather than deferring to gesture, however, Raissnia orchestrated these scapes by steadily tracing a configuration of intersecting and overlapping vectors in space. In her self-titled exhibition at the gallery in 2009, a hybrid 16mm film and 35mm slide projection occupying one wall provided a glimpse into the expanded cinema practice that informs the artist’s two-dimensional work.

The artist’s films, drawings, and paintings are closely imbricated: paintings are contrapuntal compositions catalyzed by film stills, transferred faintly onto the surface of the panel and elaborated upon with oil and gesso. Her films echo this archaeological process, constructed from fragments of earlier work and structured as overlapping pairs of 35mm slide and 16mm film projections. Raissnia’s drawings and collages, likewise comprised of image transfers, with Sumi ink and compressed charcoal, examine this relationship of mutual influence. All are guided by the materiality of their media.

Raissnia’s densely textured work draws in equal measure on the gestural and photographic, the figurative and abstract. As her films render these boundaries ambiguous through layers of manipulation and reference, so too does her two-dimensional work present a world that contains aspects of both but belongs properly to neither. It features passageways to indeterminate locations and irrational architectures. “My paintings brought abstraction to the vision I captured from the world on film and now the films are bringing elements of reality into my paintings,” Raissnia says. Her viewer is left with the (impossible) task of excavating the two.

Raissnia’s work is structured permutationally, permitting levels of signification and interpretation to coexist in, to quote Roland Barthes, a “multi­layering of meanings which always lets the previous meaning continue, as in a geological formation, saying the opposite without giving up the contrary.” In his text, The Third Meaning, Barthes suggests that neither still nor film exceeds, precedes, nor fully contains the other. The same can be said of the still and moving image in Raissnia’s multifarious body of work—the two are placed in perpetual counterpoint.

Raha Raissnia (b. 1968, Tehran, Iran) received her BFA from the School of the Art institute of Chicago in 1992 and her MFA from Pratt Institute in 2002.  In the interim, her interest in avant-garde filmmaking led her to work at Anthology Film Archives (1995–1999), where she has also exhibited. Raissnia presented a solo exhibition of new work in 2017-18 at the Drawing Center (New York).  In 2016, her work was the subject of a solo presentation at the Museum of Modern Art (New York) as well as included in the 13th Bienal de Cuenca, and in 2015 her work was included in All the World’s Futures, curated by Okwui Enwezor, for the 56th International Art Exhibition, Venice Biennale. Previously, her work has been featured in exhibitions at The Museum of Contemporary Art (Los Angeles), White Columns (New York), Access Gallery (Vancouver), the Museum of Contemporary Art St. Louis, Khastoo Gallery (Los Angeles), Thomas Dane Gallery (London), and The Kitchen (New York), among others. Recent solo shows were held at Ab/Anbar Gallery (Tehran), Galeria Marta Cervera (Madrid), Galerie Xippas (Paris), and the Isfahan Museum of Contemporary Art (Isfahan, Iran). Raissnia’s projection-performances, often undertaken in collaboration with Aki Onda and Panagiotis Mavridis, have been held at the Whitney Museum of American Art (New York), REDCAT (Los Angeles), Kunsthal Rotterdam, Arnolfini – Center for Contemporary Arts (Bristol, UK), the Drawing Center (New York), Issue Project Room (New York), Emily Harvey Foundation (New York), and OK LÀ (Montreal), among others. Raissnia’s sixth one-person exhibition at Miguel Abreu Gallery was on display in the winter of 2019. Her work is held in the collections of The Museum of Modern Art (New York), the Museum of Contemporary Art (Los Angeles), the Pejman Foundation (Tehran), Colección INELCOM (Madrid), the Pinault Collection, and The Museum of Old and New Art (Tasmania). Selected Works: Raha Raissnia, a monograph dedicated to her work, was published by Ab-Anbar Gallery in 2015.

Raissnia’s works were included in Greater New York at MoMA PS1, New York, in 2021-2022, and were also included in different iterations of Singing in Unision: Artists Need to Create on the Same Scale That Society Has the Capacity to Destory, curated by Phong H. Bui and Cal McKeever of the Brooklyn Rail.

Her solo exhibition, نور , is currently on view at Empty Gallery in Hong Kong through February, 2023. 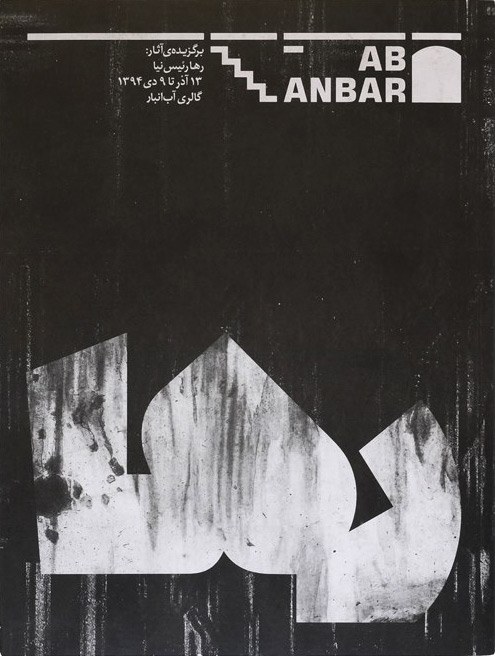 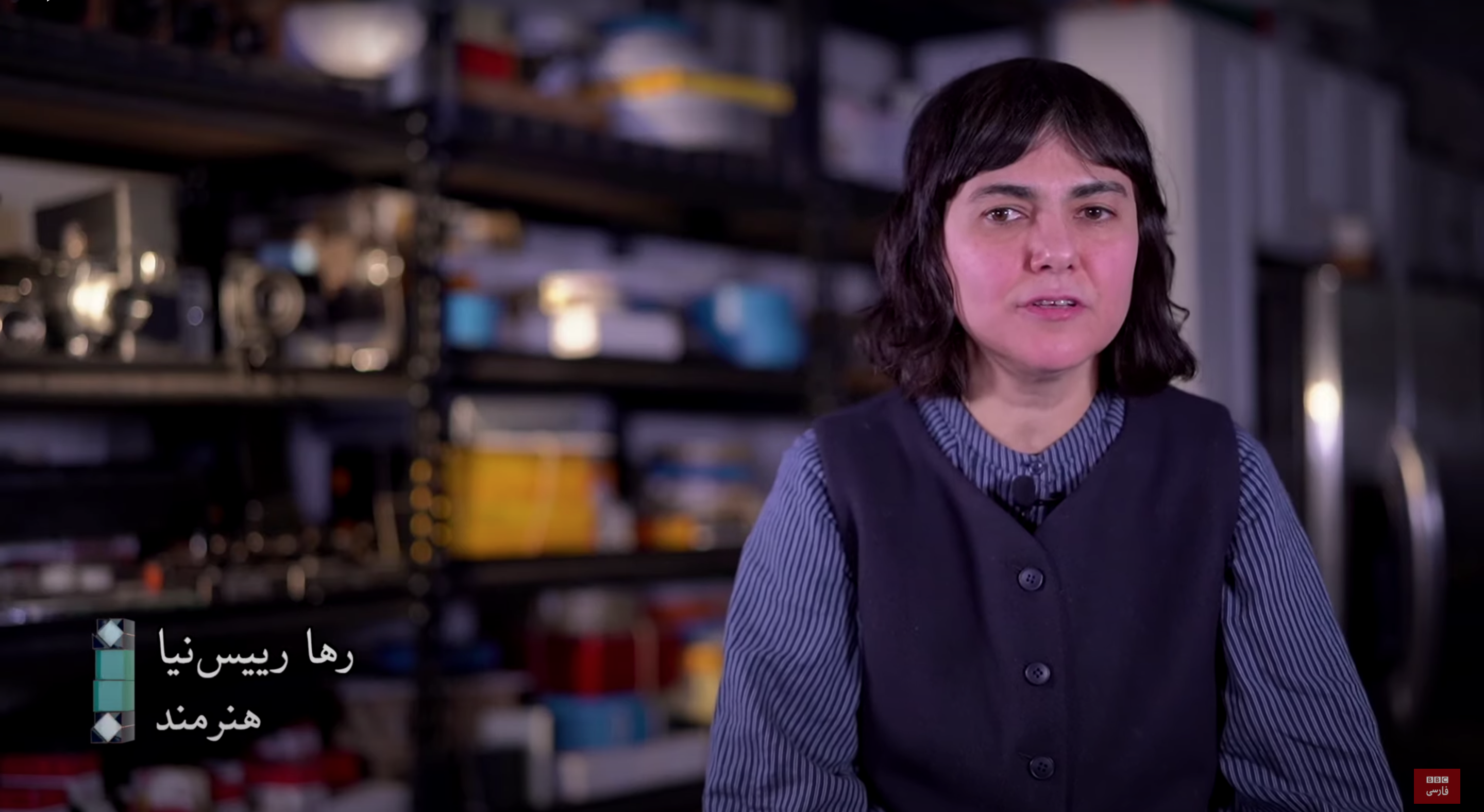 In the Workshop of Raha Raissnia, A New York-based Artist
BBC Persian