I feel as though what I have in front of me is mental architecture seeking its place in space.

Paul Pagk is an abstract painter whose painterly language is one of dualities and discovery. His work invites the viewer to slow down the act of perception, that is to ‘look’, ‘feel’, and perhaps ‘see’. While his compositional style communicates a minimalist approach to form, Pagk plays with the flatness of the picture plane through his use of free hand linework and gestural abstraction, subtle though it may be in places. And yet, it is neither on spatial illusion, nor on process that Pagk insists in his practice. The object that is the painting itself is the form of expression, as are the finely-tuned oppositional forces and personal geometries he creates to relay flattened, deconstructed subjects, each one held in suspension amidst lush fields of singular color.

The pictorial rhythms inherent in Pagk’s paintings and drawings are unmistakable. The artist’s brushstrokes, both broad and finite, have a deliberateness that manifests a fluid mind and breathing hand at work. Like architectural blueprints that have shed their skin and rearranged themselves from within, Pagk’s offbeat graphic compositions are structurally sound, but not in any rigid or mechanical sense. Whatever illusions and sensations his canvases might produce, Pagk’s stated intent is for viewers to “inhabit” his paintings and the spatial constructs therein.

“The care and attention Pagk lavishes on his paintings, his satiny, almost licked surfaces, show an artisanal sense of self-effacing craft; not to the extent of effacing the premise of a maker – Pagk’s surfaces are not the featureless, machine made skins of Minimalism – but only so far as to avoid loading every gesture with the burden of self-expression.

There is a stillness and grace to Pagk’s work that seems to owe more to a memory of Greek civilization than to any modern painter.

What strikes one most in Pagk’s paintings is the abundance of patience, both the patience of their making and the patience of how they present themselves to us. Like Brice Marden’s monochromes, but in a way all their own, Pagk’s paintings need a good deal of time to achieve their full effect. This willingness to wait, this lack of anxiety about the audience’s attention span, is remarkable in so young a painter. (Possibly it is Pagk’s mixed cultural background, his position as a ‘French’ painter actually English and Czech–transplanted from Paris to New York that helps him take such a long view.)

While it is true that [his works] are neither ‘last’ nor ‘first’ paintings, it is equally true that they have their own secrets and that these are well-guarded. Like inscriptions in an ancient language, they seem prepared to wait millennia if necessary before the world takes cognizance of their importance, their hidden wisdom, their arcane knowledge, their complex system of inner harmonies. One knows that, regardless, Paul Pagk will carry on constructing his human-scaled pantheons stroke by stroke, that no matter what, his paintings will continue to emit their quiet glow, like epistemological batteries.” 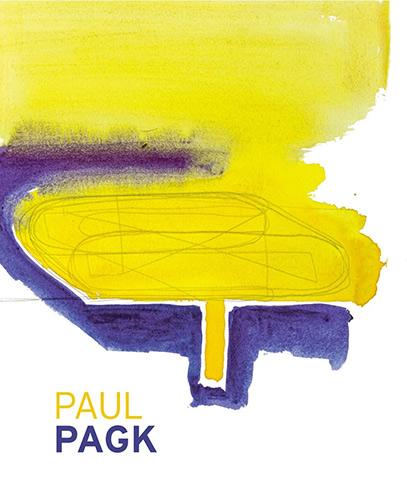 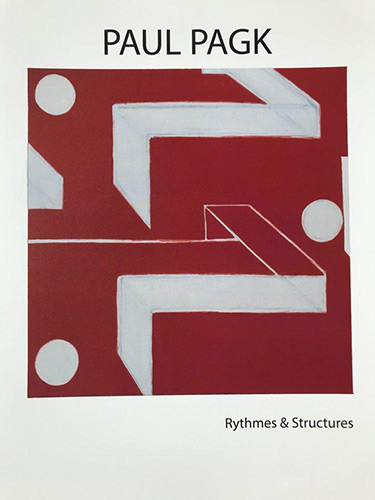 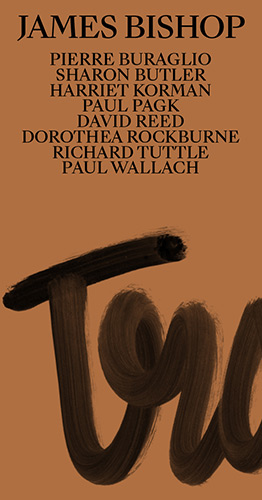 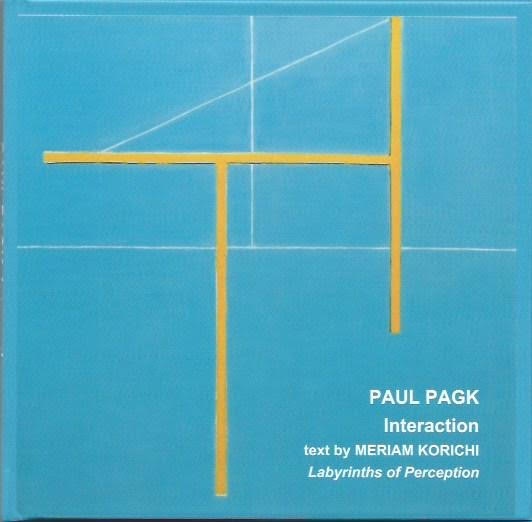