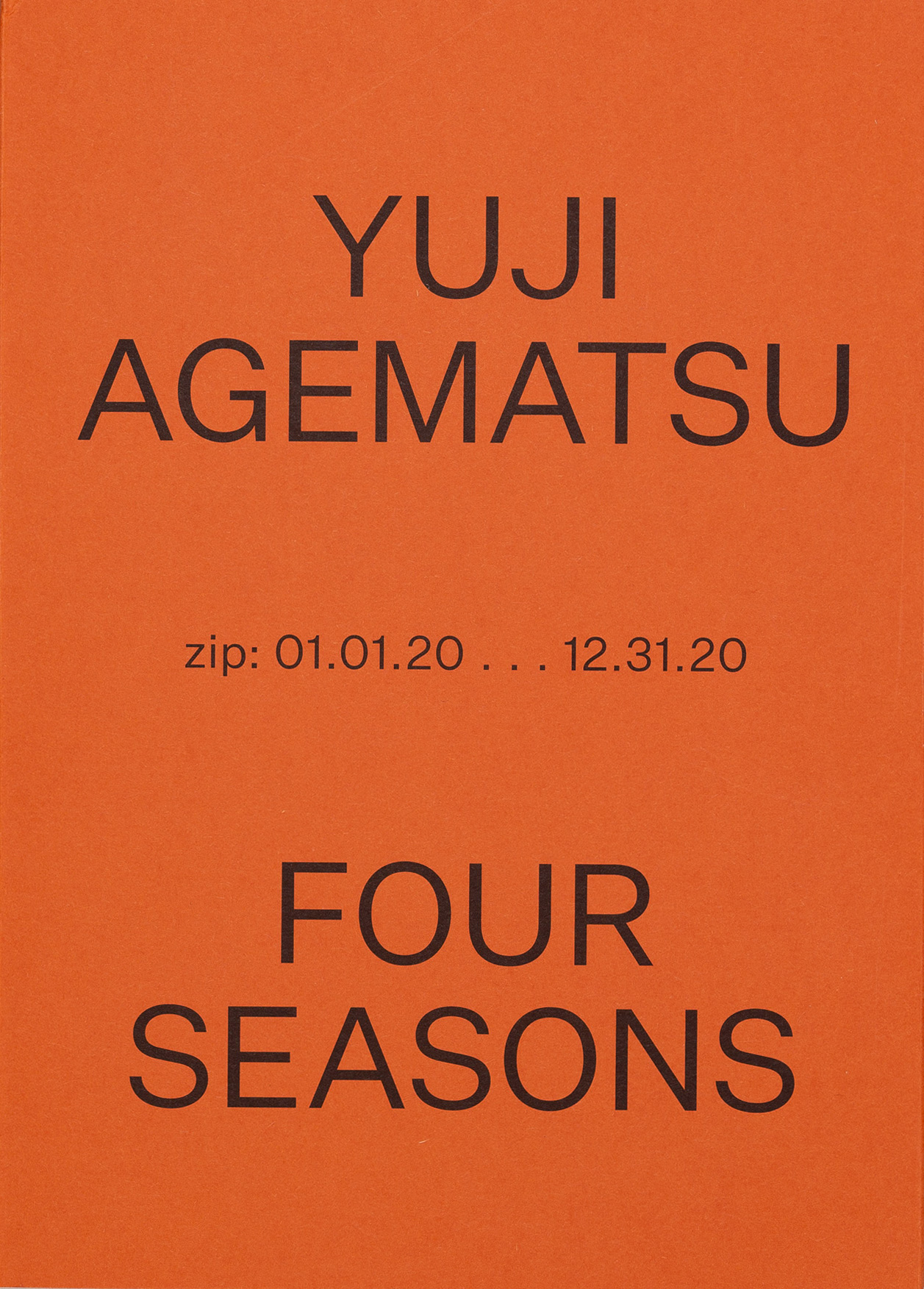 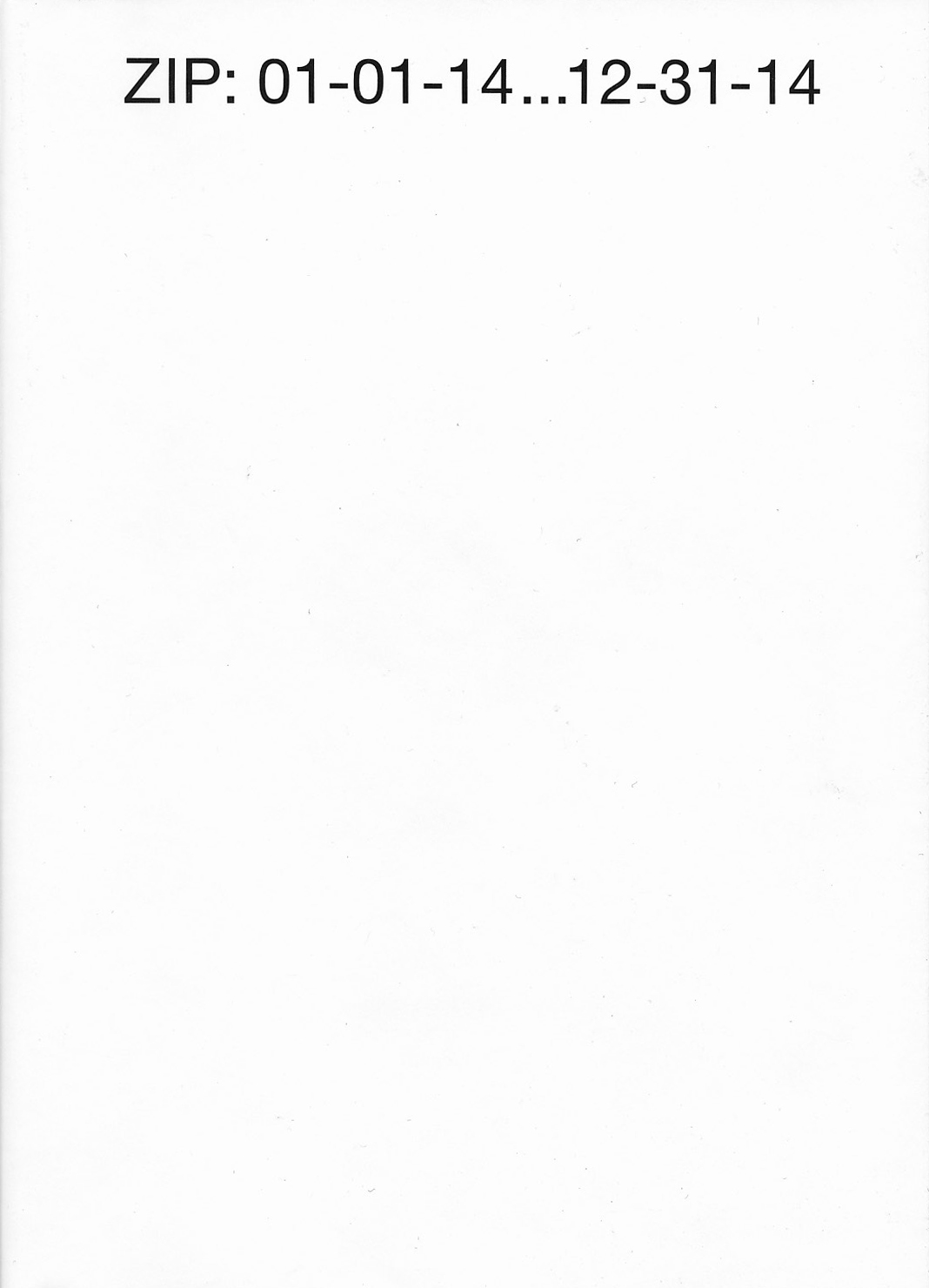 What can be done? We must risk mortality and decay.

One of the distinguishing features of Agematsu’s singular art he has been producing in New York for more than 30 years is that in it the gap separating the activity of collecting things from that of making art has collapsed once and for all. What brings the two together, what makes one equal to the other is the primacy of intense and focused observation.

What, then, are we to make of an archive which goes in reverse, or of an exhibition which accelerates its demise?

What are we to think of an art work in conflict with self-importance, including the self-importance endemic to art and preservation? How are we to understand an artist whose work consists almost exclusively of small acts of neglect; someone who almost always makes the same thing and yet never repeats himself, to whom his own work, honed on the tiniest details, becomes pleasantly incomprehensible and has the tendency to dissolve upon

seeing it, so that only a few hours after encountering it, one can barely remember the ephemeral matter of which it was made?

One of life’s hardest jobs, it turns out, is to make a quick understanding slow. When we began, I was omniscient, and interested in opinion rather than creation. I had forgotten, I suppose, a terrifying thing I warn others against—measly palliatives. My slogan was, “No amount of assertion will make an ounce of art,” but I forgot it. Too much of a temptation to get in the first critical word, I guess. Don’t get me wrong, I like trying out ideas on his work, but I am suspicious of how quickly they come. For every darkened thought on capitalism, comes another in love with the way our lives are grinding the earth to a halt, or still another about the distinctions we make between what is and isn’t animate. Thinking hasn’t been the problem, as it so often is; the problem has been the number of thoughts one can pant after. Waste is of intensest significance. It is emblematic, in some ways, for how we invest a universal subject with pet knowledge and particular anxiety. It means and means and means, and in some hands can mean too much.

It must be a difficult step for any artist to decide to work with trash, to take it, with all its rigid contrivances, folly, and lapses in taste, at all seriously. But Agematsu overthrows the genre with his free-wheeling conception, facility, and ingenious, almost childlike, love of contradiction. Precise and superabundant, deadly serious and ebullient, filthy and dignified, Agematsu exposes us to these opposites, and if he wishes to make something black, to also confront beauty. He never fails to be in awe of the sense of mystery that attaches itself to the particulars of things. It is this awe and his facility that keep this work from being yet another example of de-contextualization, which received its awkward name in the late twentieth century and was a fixture of that century’s visual culture. Burial masks decorate orthopedics’ waiting rooms, airplane propellers on display in coffee shops—these are familiar forms of the practice of taking something from where it belongs and putting it where it doesn’t belong, to be merely observed.

The traces he does leave are so faint as to be effaced altogether. Sometimes he cheats and adds a little glue, but he never imposes his will. Found things, as Agematsu likes to say, are so much more bent than he could ever make them. What the city delivers is never stale. It stupefies, it awes, and finally it even embarrasses one’s own meager imagination.

Odd how matter so factual can amount to such an extraterrestrial mood. It is eerie, isn’t it, when what at first seems incidental returns with significance. Of course, in art we expect matter, however mundane, to return changed, and yet, specific moments of transformation, when they do appear, can still take us by surprise. I’ll never get used to the feeling of a dead thing becoming warm and capable.

At the time, Agematsu shot so many photographs that he was unable to keep up with the editing, gradually gave up trying to do so, and by the end, had stopped looking at—or processing—what he’d shot. The idea that we photograph to find out what something will look like photographed became, effectively, to not bother finding out what something will look like photographed, to photograph for the sake of photographing. This is a high stakes wager—have we so internalized what making and collecting images does to things that we no longer need to look at them? I am tempted to count these photos a prolific chronicle of human behavior, but this gets it backward. Agematsu is an anti-sociologist. He likes the city the way Beckett liked the circus. The city is a backdrop, a stage for something else, something that goes unsuppressed, a posthumous vibe, the illogical feeling that this work was made by someone who is already dead.

Yuji Agematsu (b. 1956, Kanagawa, Japan) lives and works in Brooklyn, NY. Agematsu studied with Tokio Hasegawa, a member of the band Taj Mahal Travellers, and the jazz drummer and choreographer Milford Graves. He has had solo exhibitions at Miguel Abreu Gallery (New York, 2017, 2019 & 2020), Contemporary Art Centre (Vilnius, 2019), Lulu (Mexico City, 2019), the Power Station (Dallas, 2018), Artspeak (Vancouver, 2014), Real Fine Arts (Brooklyn, 2012 & 2014), Anthology Film Archives (New York, 2004), and TZ’Art & Co. (New York, 1994). In 2014, Agematsu mounted a large scale exhibition at Yale Union (Portland, OR), which was accompanied by the monograph ZIP: 01–01–14…12–31–14, published by Yale Union, Thea Westreich Wagner/Ethan Wagner Publications, and Artspeak. Agematsu was prominently included in the 57th Carnegie International, Pittsburgh (2018), and was previously shown in Speak Lokal, Kunsthalle Zurich (2017), Serialities, organized by Olivier Renaud-Clément, Hauser & Wirth (New York, 2017), The Keeper, curated by Massimiliano Gioni, New Museum (New York, 2016), and Looking Back / The 7th White Columns Annual, selected by Richard Birkett (2013). His performances have taken place at Artists Space (New York, 2022 & 2017), the Swiss Institute (New York, 2018), and as part of the solo presentation Walk on A, B, C, organized by Jay Sanders for the Whitney Museum of American Art (New York, 2016). His work is in the permanent collections of the Whitney Museum of American Art, the Walker Art Center, the Albright-Knox Art Gallery, the Brooklyn Museum, The Israel Museum, The Columbus Museum of Art, the Loewe Foundation, and the Pinault Collection.

In March 2021, Agematsu mounted a solo exhibition at The Secession, Vienna featuring the full 2020 year of his well-known zip works. The exhibition was accompanied by a catalogue with an essay by Robin Mackay. His work was on view in Greater New York at MoMA PS1 from October 7, 2021 to April 18, 2022, and will be the subject of a two person exhibition with Tauba Auerbach at the Clark Art Institute, opening July 16, 2022.