Too Much
36 Orchard Street

How does a photograph exist? How does it interpellate the viewer, and why? What about its aura—both imbued and infusive, ever so present and yet retractive? What is this thing trying to say? Eileen Quinlan is interested in the false transparency of the photographic image: it’s not a window, but a mirror. Her work presents an opportunity for contemplation, accompanied by an interruptive alienation: the mechanics of presenting and consuming images, or the social and ideological sitedness of the artist’s hand, surface from the deep recesses of the substrate.

“My work is about a lot of things,” Quinlan says. “Aging, sexuality, mortality, parenting, environmental collapse, mass murder and guns, macrocosms and microcosms, the domestic, feminism, motherhood and mother artists, making do, confinement, misogyny, available means, lifestyles, access, the internet as the source of all things (appropriation) and how that ties to limits on time and access, art historical allusions, advertising — ‘brands’ both artistic and commercial — touch, tactility and ghosts, analog and digital, authenticity, screens and distraction (an opiate of the masses), destruction via war and through consumption/pollution, violent attacks on film and IRL, the sysphian/entropic, making unseen forces visible, the privileging of sight…”

Quinlan’s experimental process unfolds through a limited set of materials and brute repetition, probing and demystifying the circumstances of each image’s creation. It insists, by extension, on the constructed nature of all photographs. As such, the constructions themselves run the photographic gamut from the quasi-pictorial to the semi-abstract, from evidentiary document to expressive collage. The regime of the image materializes in its full heterogeneity, only to recede again under its own weight.

Quinlan’s early series, such as Smoke & Mirrors and Night Flight, restage display materials—mirrors, lights, textiles, and support structures—in disorienting configurations that verge on abstraction. Produced using the most common tricks of the commercial photography trade, the sets are staged around a nonexistent product; they are straightforward tabletop still-lives, manipulated neither in the darkroom nor through digital craft, though they often appear otherwise. In the following years, the artist also took yoga mats, luridly lit and shot in close-up, as the subject of a series that gestures toward contemporary manifestations of self-maintenance through regimes of diet, exercise, and spirituality. Abstract non-space intrudes upon the surface of several prints through cascading layers of manipulated emulsion.

For Curtains, her third solo exhibition at Miguel Abreu Gallery, Quinlan presented a body of black-and-white photographs comprised of new portraits, re-photographed portraits of the same subjects from years prior, and near-total abstractions. The photos were patterned by crocheted and printed textiles that reference, respectively, the handmade and the mass-produced, both of which are mirrored in Quinlan’s hybrid process. The prints are textured with scratches, tears, fingerprints, and ruptures located on the surface of the negative itself, the latter introduced by way of experimentation with the pocket of processing chemicals that accompany each sheet of 4×5 Polaroid film. The result is a complex layering of material and temporal indices that gradually reveal themselves upon extended examination.

Recently, Quinlan’s works have shifted towards more existential concerns, reckoning with the digital and, in turn, telegraphing the anxiety around screens. In Mind Craft, Quinlan interrogated the systems of technique and content in photography: the landscape, the nude, the selfie, and the scan were presented in succession, blurring the binaries of black and white and color, digital and analog. What emerged was not only the screen as a place of projection and absorption, but also the sheer ubiquity of the photographic image.  For Too Much, Quinlan staged a multi-panel scanner work and a decade’s worth of Polaroids together. Culled from her previous series and works, the Polaroids—staged into grids—allude to her works and play with the notion of serial reproducibility of the editioned photograph. Apposed besides one another, the two materially distinct processes disintegrated the image and laid bare the photograph’s dispositif.

Eileen Quinlan (b. 1972, Boston) earned her MFA from Columbia University in 2005, and had her first solo museum exhibition at the Institute of Contemporary Art, Boston in 2009. Her first survey show, Wait For It at the Kunstverein für die Rheinlande und Westfalen, Düsseldorf, was held in 2019. Quinlan’s work was recently included in Artist’s Choice: Amy Sillman—The Shape of Shape, Museum of Modern Art, New York (2020), Objects Recognized in Flashes, a major group exhibition curated by Matthias Michalka at MUMOK, Vienna, alongside Michele Abeles, Annette Kelm, and Josephine Pryde (2019), Passer-by at Lafayette Anticipations, Paris (2019), Picture Industry: A Provisional History of the Technical Image, 1844–2018 at the LUMA Foundation in Arles (2018), VIVA ARTE VIVA, the 57th International Art Exhibition, Venice Biennale, curated by Christine Macel (2017), and Always starts with an encounter: Wols/Eileen Quinlan, produced by Radio Athènes and curated by Helena Papadopoulos at the Museum of Cycladic Art in Athens (2016). Previously, Quinlan participated in Image Support at the Bergen Kunsthall, What Is a Photograph? at the International Center for Photography, New York, and New Photography 2013 at the Museum of Modern Art, along with group exhibitions at the Metropolitan Museum of Art, the Hammer Museum, White Columns, the White Cube Bermondsey, the Langen Foundation, Mai 36, Marian Goodman Gallery, Andrea Rosen Gallery, and Paula Cooper Gallery, among others.

The artist’s first monograph, Good Enough, was published by Osmos Books in 2018, while Always Starts with an Encounter: Wols—Eileen Quinlan, was published by Radio Athènes and Sequence Press in 2019. In the fall of 2020, Quinlan’s sixth solo exhibition at Miguel Abreu Gallery, Dawn Goes Down, was presented concurrently with Displacements and Dead Trees, a two-person exhibition with Cheyney Thompson. 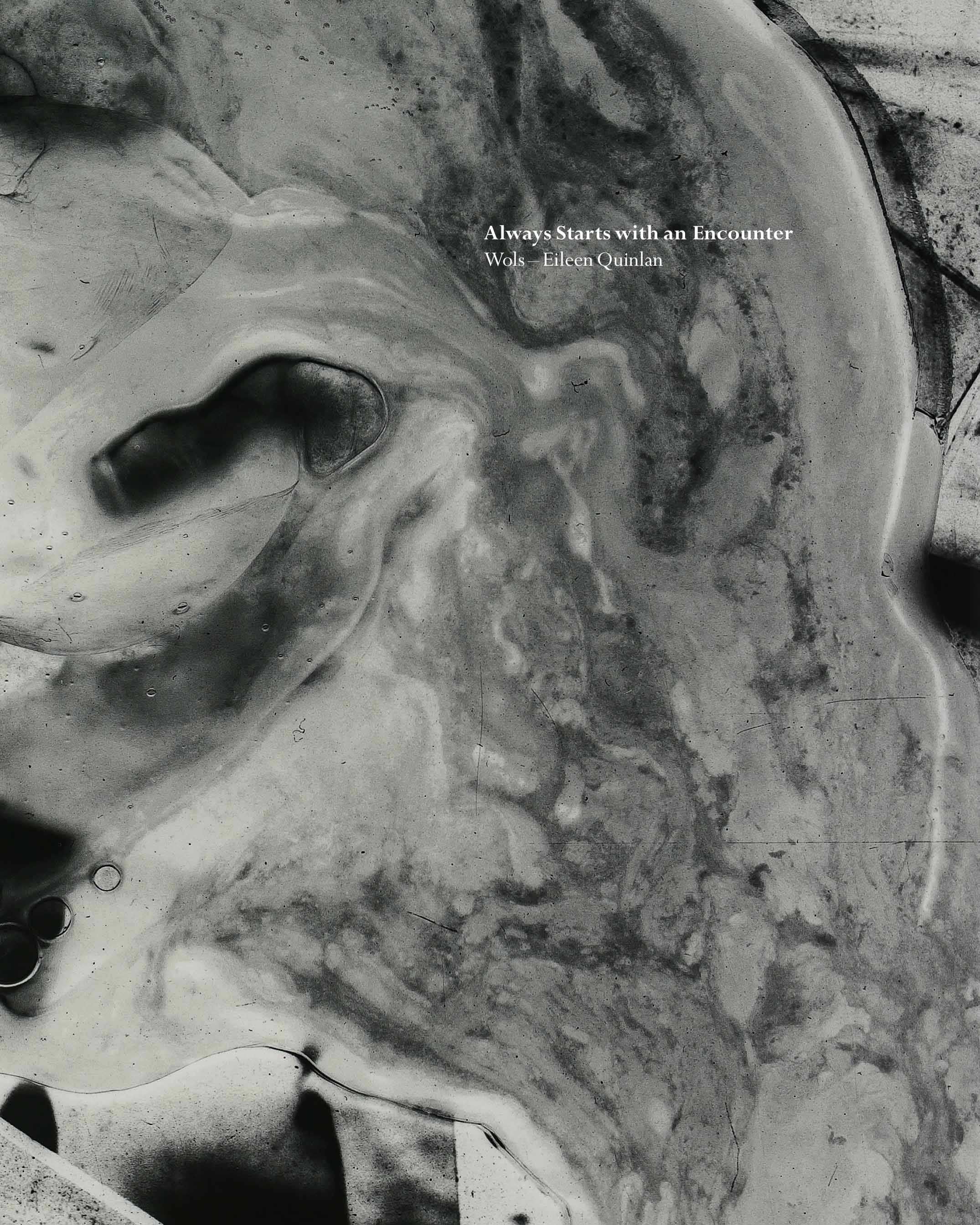 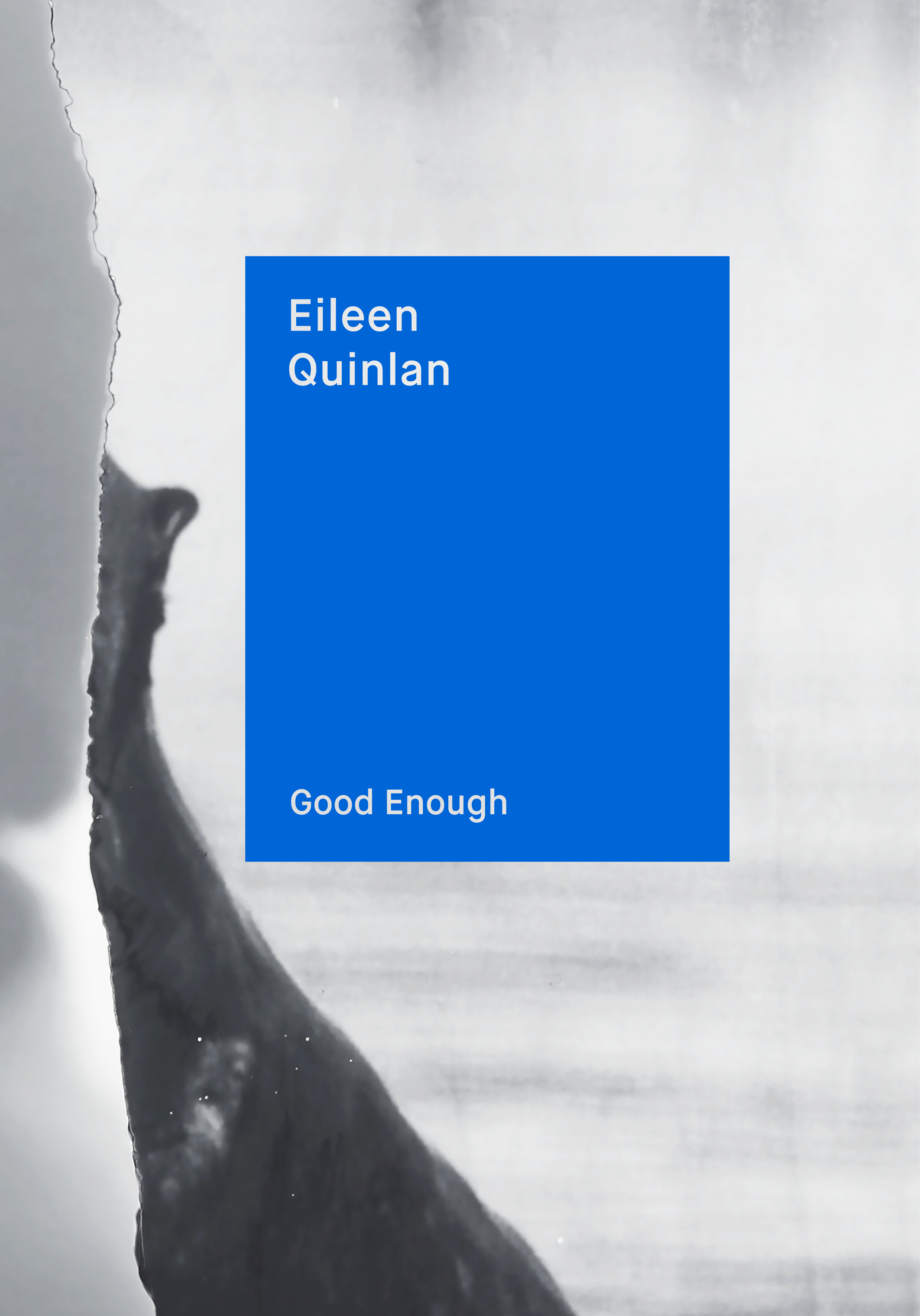