Scott Lyall combines drawing, painting, sculpture, and found objects into what he describes as a ‘scenography without actors,’ or ‘plastic supports for an almost clientless sense of design.’ His production revolves around issues related to sculptural display, the relationships between graphic processes, and the design legacies of conceptualism.

While Lyall’s earlier work involved installations created from construction and everyday materials such as particleboard, styrofoam, and other ephemeral fragments, his recent practice is predominantly comprised of graphic assemblages and printouts produced without direct mediation of an image. Referencing Bruno Latour, the artist describes his Nudes and EVEs series as “design all the way down,” a statement that resonates with Mark Rothko’s use of pigmented gessoes to achieve what he called “color all the way down.”

Originating from the basic and most abstract unit of the digital realm—the single color pixel—the pale hues of Lyall’s color wave paintings and stickers are formed through a method of mathematical interpolation that generates a unique and potentially infinite bitstream. The resulting information is sent directly to the print heads, which apply sheer layers of ink such that the gradient color-deposits are mixed directly on the substrate. The immediate relationship between the numerical formula and the printer is akin to a “fauve” effect of releasing color from the received image. Embodying a movement from pure quantity—a digital field of dispersions and exchange—to form, these works are inherently split objects that exist first immaterially, and materially in the last instance. They address the informational fetish of recent art and the dissolution of visible signs.

The Nudes stand slightly detached from the wall, affixed to hand-painted monochrome MDF panels of corresponding dimensions, which are in turn attached to the wall directly – digital dust on canvas, one might say, over compressed and solidified wood powder. The pieces combine ink and its erasure in canvases subjected to multiple passes through a UV-based printer. The result is a subtle residual ‘tan’ that suggests an index of rays ‘beyond color’ that affect the tonal assemblage. Lyall describes the EVE vinyl adhesive sheets as ‘thin reliefs,’ and relates the printed posters to a generalized artistic space between painted, sculptural, and architectural forms. A glued sticker on one side of the panel and a spray of cartridge inks on the other establish a relationship between plastic and graphic determinations of the print. The interaction of the surfaces of the ultrathin paste-up and the façade of a smooth wall creates an implication of depth. Because of the use of non-archival inks in the instance of the adhesive sheets, each printout will eventually fade to white, thus merging with and disappearing into the wall that houses it. In this sense, these works exist beyond the traditional confines of the wall and architecture more generally.  A further constitutive feature of the file is its capacity to circulate electronically freely around the globe and beyond before the moment of incarnation. The owners of unique bitstreams are then entrusted to printout new iterations of the color fields at will. This is painting engaging the digital realm and pushing it to the limit of its material and conceptual possibilities by reducing it to a sequence of three discrete and subjective gestures: 1. The random selection of an entry point among the 284 million color options. 2. The algorithmic unleashing of the infinite expansion of the file. 3. The final decision to cut the color progression in a particular place, that is finding the edges of the gradient before outputting its content onto a chosen substrate. As such, the painting object is suspended until the last impulse of incarnation.

In line with the dehierarchization proposed by monochrome painting in the 1950s, Lyall considers his work to be a function of its interaction with the surrounding space. The environment provides a space of aleatory, open representation, which might be captured by Cage’s description of Rauschenberg’s White Paintings as “airports for the lights, shadows, and particles.” To the most limited form of commercially printed material, Lyall adds the speculative image of mental projection without an end. The works become advertisements for this ‘grey matter.’ In Lyall’s words, “It will be whatever reality does not prevent it from becoming….” 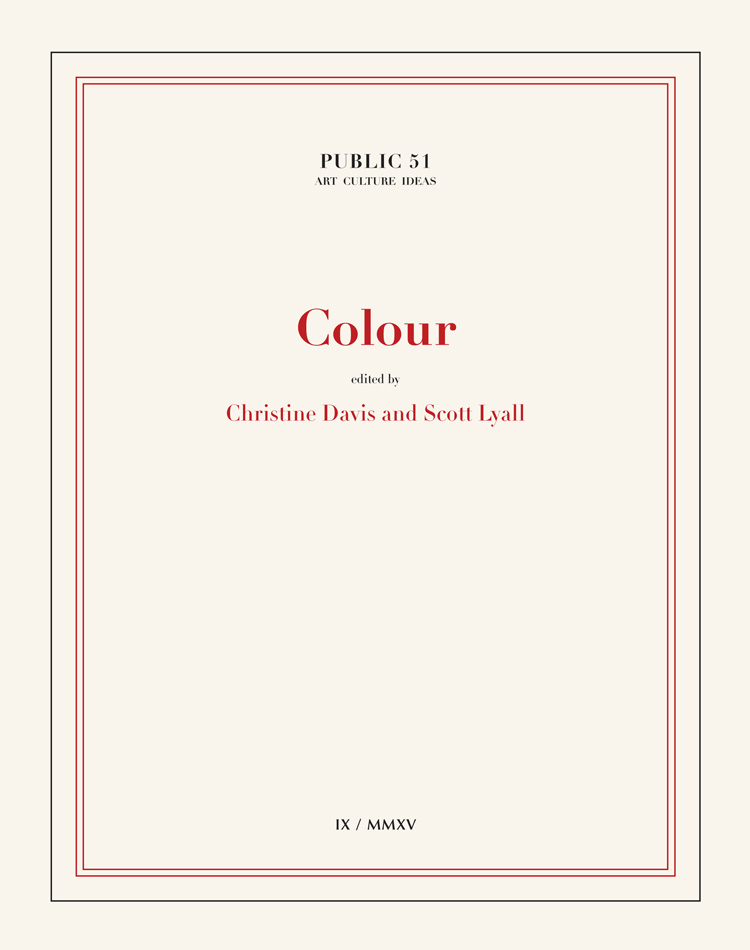 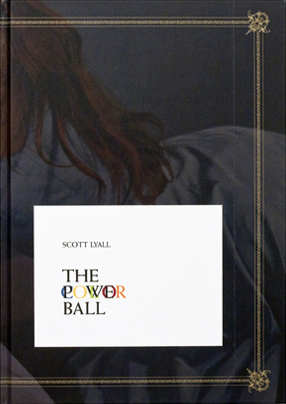 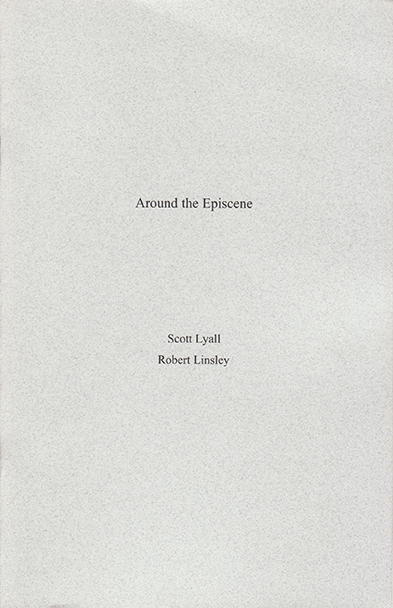